Not all heroes wear capes.

Not all rock stars look like rock stars. They got the job well-done, nevertheless. That being said The Pixies, is one of the most bad-ass rock band ever walked this Earth.

How do you measure the badass level of a band?

“What they’ve done is changed the format for delivering harder rock. I don’t think that format existed before they came along.”

It was a well-known fact that Kurt Cobain was a die-hard fan of the Pixies and that the band influenced heavily his musical aesthetic at Nirvana (those quiet-loud-quiet dynamics and chorus-verse format).

The Pixies also inspired Thom Yorke and other Radiohead lads beyond musical influence. It’s said that “Stop Whispering”–one of my favorite–from their debut Pablo Honey is specifically dedicated to the Pixies.

Well, when your band could influence those kind of bands, do I need to say more?

“Somebody once said the The Velvet Underground didn’t sell many albums. But everybody who bought a Velvet Underground album formed a band. I would have to suggest that the same thing really applied to The Pixies. Once you’ve heard them, you wanted to have a band…”

It’s a wild guess by any means, but I think I know the reason why.

Their music are not that easy to categorize or, to be honest, to listen to. Lol.

It’s that sense of “incompleteness”, for lack of better word, that linger in every song they made.  Each song feels like it’s missing something you don’t know what. Sometimes “it’s” (or isn’t) in the tempo, sometimes, it’s in the groove or melody.

That missing part, it turns out to be, the soul of the song. Because it then opens the room for their audiences to add their own interpretation, or even a new version of the song, subconsciously, in their heads. First, it happens on personal level. But then, when several individuals join and add their own interpretation, something magical happens.

It took me 18 years to really appreciate the beauty of “Debaser” (3rd song in the video above).

Damn. I honestly don’t know what I’m writing here. (I’m sober, though). I just want to emphasize how great this band is but I guess I have to stop.

For you the uninitiated, the first four songs in the video above kinda sum up The Pixies’ greatness in creating great music. 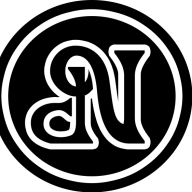